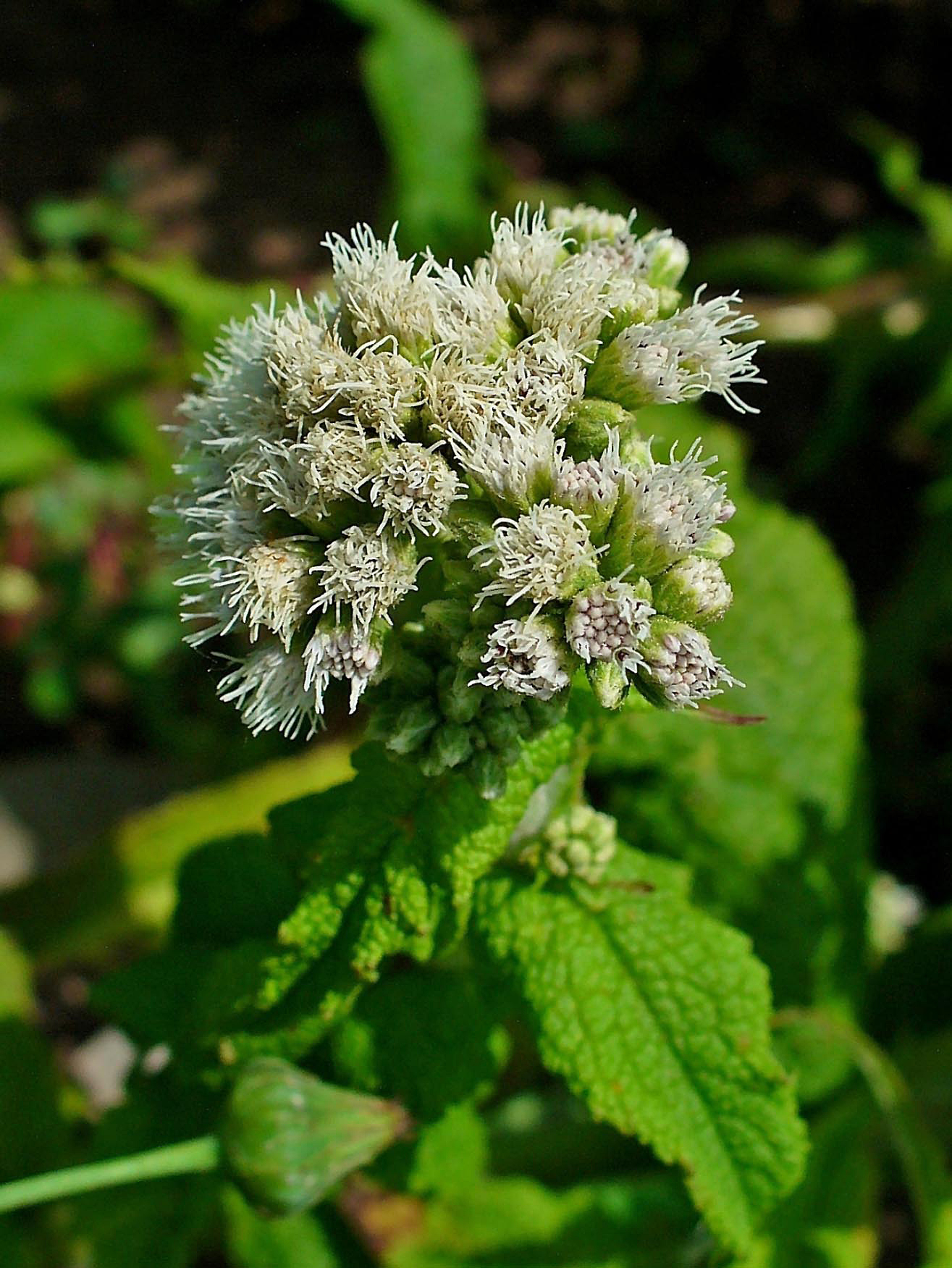 Boneset, also called thoroughwort or agueweed, is common throughout the eastern parts of North America. There, Native Americans used an infusion of its leaves and flowering twigs to help induce sweating in cases of fever and colds, and to ease rheumatism. They also employed it as a treatment for malaria. According to one source, boneset’s popularity as a medicinal remedy inspired the statement: ‘probably no plant in American domestic practice has been more extensively and frequently used’. Today the herb is listed officially in the United States Pharmacopoeia (it is not included in the UK Pharmacopoeia). Boneset’s name probably stems from its value as a remedy for the aches and pains that often affect the muscles and joints caused by break-bone or dengue fever, a mosquito-borne viral disease.

Boneset’s leaves and flowering tips are used as medical remedies. They are gathered once the plant has started to flower.

The primary active ingredients in boneset are sesquiterpene lactones and polysaccharides (both immune stimulants), phytosterols, flavonoids (which have an anti-oxidant effect), tannic acid and a volatile oil.

Boneset is prescribed principally to relieve flu, colds, acute bronchitis and congestion in the throat and nose by bringing on intense perspiration. It appears to stimulate the immune system. According to the US Natural Medicines Comprehensive Database, certain chemicals in boneset may work like anti-cancer medications, and may also help fight bacteria. Boneset is prescribed to:

Talk to your medical practitioner before taking any herbal supplements.
Before taking boneset, consult your natural medicine practitioner and inform them if you are on any allopathic medications, are allergic to any medicines or plants such as chamomile and feverfew, are pregnant or breastfeeding, or have any health problems such as high blood pressure or heart or blood-vessel disease.
Taking boneset in large doses can cause vomiting and diarrhoea.

Boneset is not used in cooking.

No references were found for Eupatorium perfoliatum being grown in South Africa.

[GFDL or CC-BY-SA-3.0], via Wikimedia Commons
Information in our herb library is intended only as a general reference for further exploration. It is not a replacement for professional health advice and does not provide complete dosage information, format recommendations, toxicity levels, or possible interactions with prescription medicines. Accordingly, this information should only be used under the direct supervision of a suitably qualified health practitioner such as a registered homeopath, naturopath or phytotherapist.
Go to Top