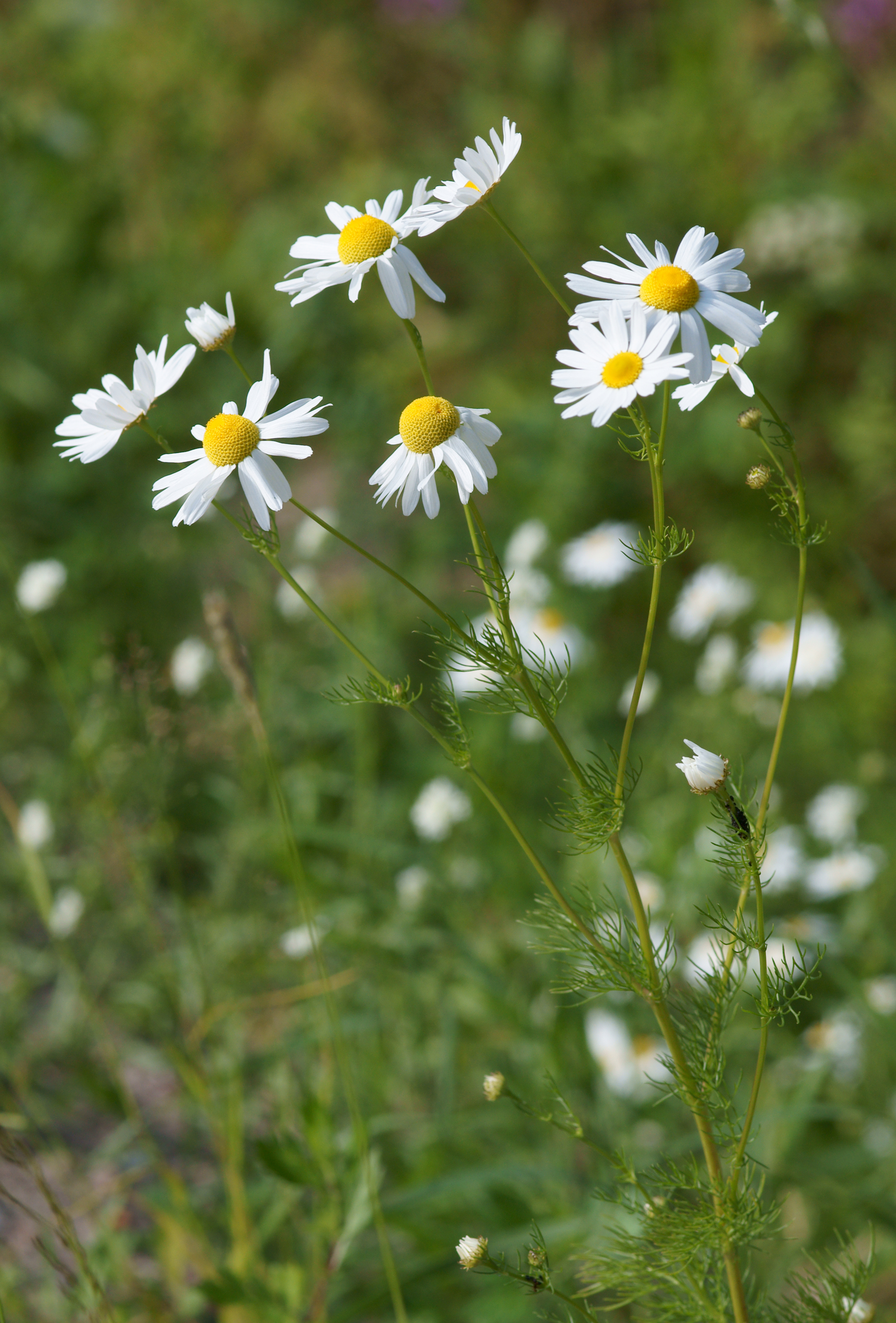 Chamomile (German chamomile) (Matricaria recutita) is one of the most soothing plants in the world. Generally taken as a tea, it calms jangled nerves, acts as a sedative and soothes an upset digestive system. The fresh plant is strongly and agreeably aromatic, with a distinct scent of apples.

Chamomile’s healing properties are due in large part to its volatile oils, which contain a compound called apigenin, along with anthemic acid, tannic acid and a glucoside. Studies reveal that these components act on the same parts of the brain and nervous system that are affected by anti-anxiety drugs, promoting tranquillity.

Although it is usually brewed as a tea, chamomile adds a sweetish, rounded edge to a number of recipes. Try the recipe below for Chamomile Cauliflower Soup.
Chamomile is also used to add a calming fragrance to soaps and bath essences.

Method
Boil the water and steep the tea bags in it for five minutes. Remove the bags, squeezing out the extra liquid. Pour the liquid into a saucepan, add the cauliflower, cover and boil for 15 minutes. Drain, retaining some of the liquid, and set aside. In a pan, heat the butter and sauté the onion and celery until translucent and softened. Place the vegetables in a blender and pulse until the desired consistency. Add some of the chamomile water if the mixture is too thick. Season to taste with salt and pepper. Serve drizzled with a swirl of olive oil and a dusting of freshly grated nutmeg.