The plant is more commonly known by its Zulu name, Umckaloabo, which means ‘heavy cough’ due to the use of its tuberous roots to create a remedy for coughs and respiratory conditions. In fact, a decoction from Umckaloabo root has been used in the Zulu and other local cultures to cure coughs, upper respiratory tract infections and gastric conditions for hundreds of years.

In the late 1800s, an English mechanic named Charles Stevens, who had been sent to the country’s warmer climate to cure his tuberculosis, reported on the successful use of Umckaloabo to treat the disease. Cured, he returned to England with the drug – a decoction of the root. Modern science has shown that P. sidoides is effective in the treatment of colds and flu; bronchitis, pneumonia and sinusitis; tonsillitis; ear, nose and throat infections and as a mild antibiotic. The extract of the root of P. sidoides has been approved in North America, Mexico and in many European countries for use in children aged one year and older and in adults. In South Africa, P. sidoides is one of the key ingredients in Flora Force Herbal Cough Mix™, an all-natural, preservative- and sugar-free cough remedy that is safe for children, diabetics and sportsmen who are in training.

The fresh or dried fleshy roots.

The active ingredients in the decoction from the root of Pelargonium sidoides include compounds called coumarins, along with gallic acid (an organic acid), vitamins and flavonoids, which help protect blood vessels from rupture or leakage, enhance the actions of immune boosters, protect cells and prevent excessive inflammation throughout your body.

Pelargonium sidoides is prescribed to:

There are no reports showing Pelargonium being used as anything other than a therapeutic remedy. 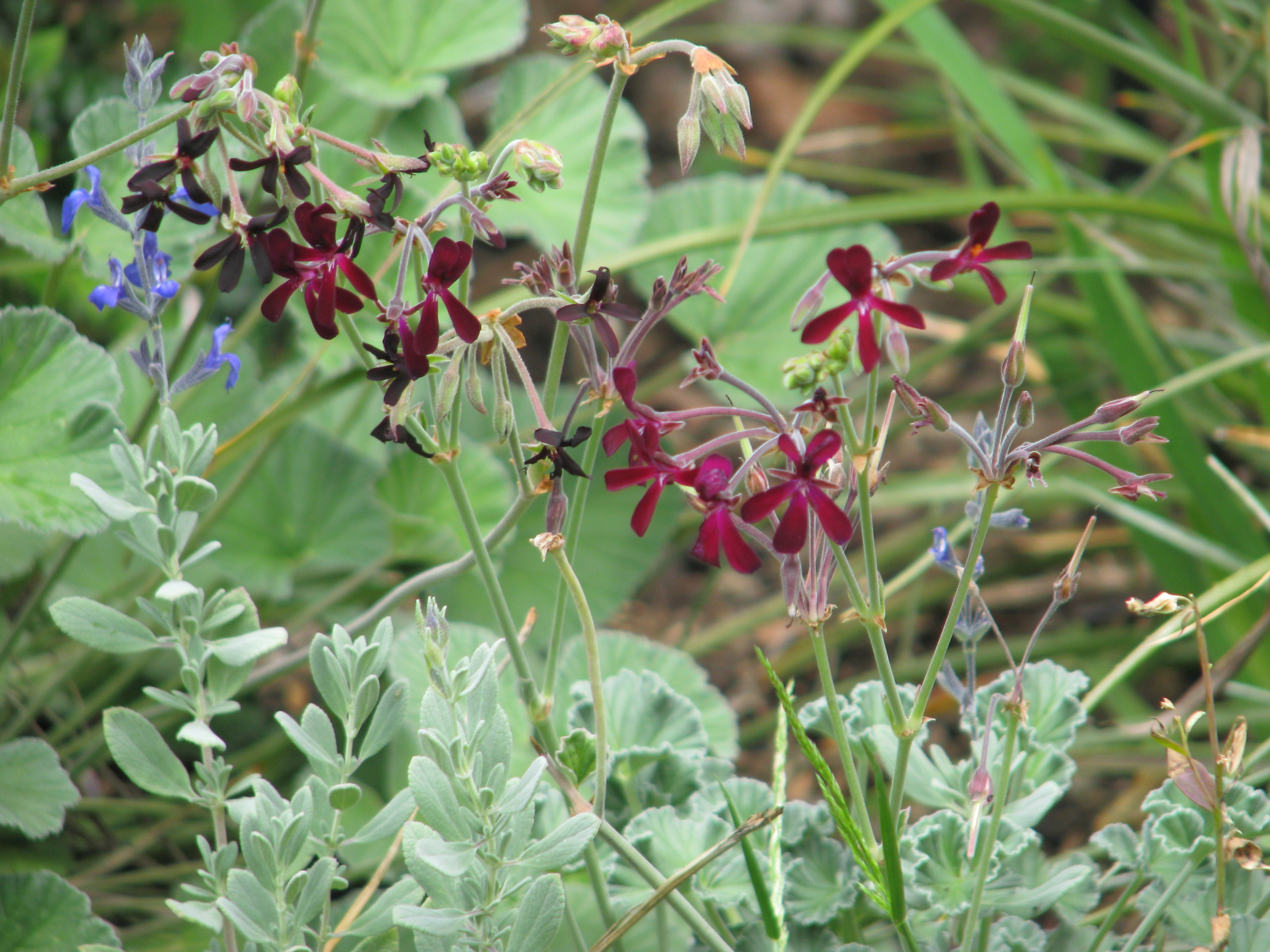 Pelargonium is cultivated on a small scale in South Africa, although the plants are now also grown elsewhere in the world. The plant is easily propagated from seed or by means of basal cuttings in autumn (March to May). The base of the cuttings should be dipped in a rooting hormone and then placed in containers with coarse river sand that has been treated with a fungicide. Keep the plants in cold frames to root.  Pelargonium grows best in areas with moderate rather than high summer temperatures and winter frost or even snow over much of its range. In spring, top dress it with a slow-release fertiliser to improve growth and flowering in summer. In winter, remove the dead leaves and old flower stalks.