How much water should you drink per day? 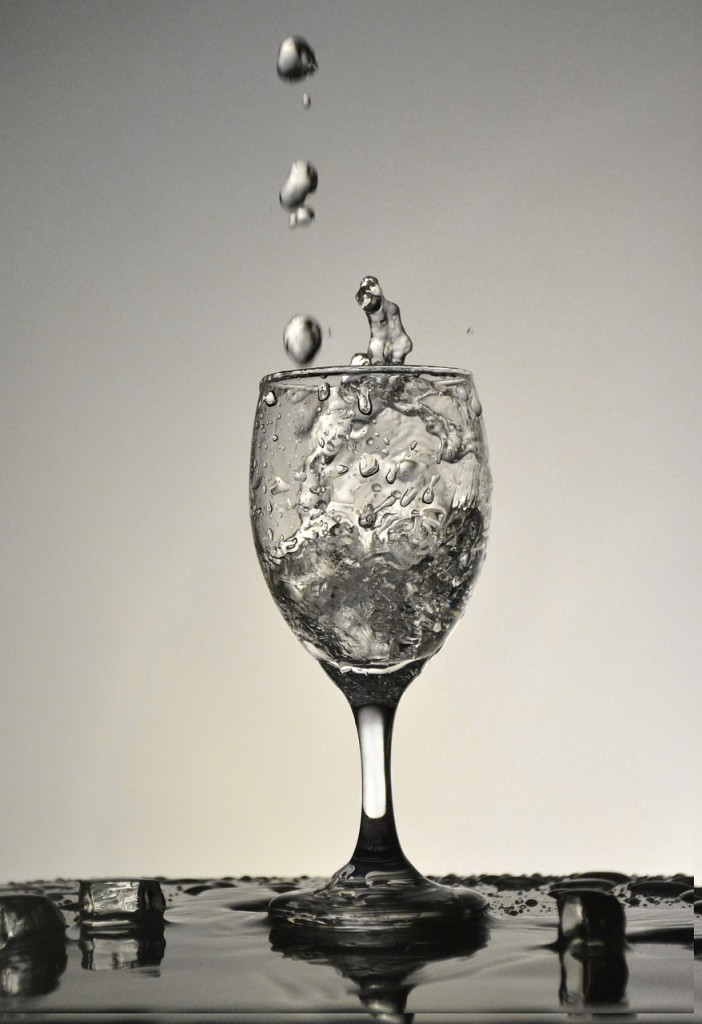 The Western world is obsessed with drinking water and sales of bottled water have never been so high. But how much water should you drink? Is the recommended 6–8 glasses sufficient? Can too much water harm you?

The role of water in the body

Water is life. It makes up about 66 percent of your body – it’s in your blood, your cells and even the space between them. Water levels don’t remain constant though. It constantly escapes your body through, for example, sweat, urination, defecation or exhaled breath. So it’s vital that you rehydrate by replenishing your water stocks. But how much water do you need?

Your kidneys filter the blood that passes through them to control the amount of water, salts and other solutes that leave your body. When a person drinks too much water in a short period of time, the kidneys cannot flush it out fast enough. The blood becomes waterlogged and the excess water then enters the cells in the body, which are flexible, and the cells in your brain, which are not. There’s little room for expansion inside the skull, so when the brain swells – a condition called brain oedema – seizures, coma, respiratory arrest, brain stem herniation and death can follow, says M. Amin Arnaout, chief of nephrology at Massachusetts General Hospital and Harvard Medical School. So you certainly shouldn’t chug back litre after litre.

Arnaout’s explanation is confirmed by science writer Coco Ballantyne in an article in Scientific American. ‘There is such a thing as a fatal water overdose,’ she writes. She cites the case of Jennifer Strange, a 28-year-old Californian woman who in 2007 ‘died after competing in a radio station’s on-air water-drinking contest. After downing some six litres of water in three hours, she vomited, went home with a headache and died from so-called water intoxication.’

The advice about how much water you should drink? If you’re a healthy, drug-free person and your body is able to interpret your thirst signals accurately, you should balance what you drink with what you’re excreting via sweat. Measuring your sweat is difficult though, so the best thing to do is drink to quench your thirst. If your diet is balanced, you should drink about two litres – that’s 8 glasses – of water a day.

Should all your water intake come from liquids?

No, about 20 percent of the water you consume comes from the foods you eat. So include lots of fresh fruit and vegetables daily – they also contain useful amounts of potassium and other minerals and are low in sodium, so they help keep your body fluids balanced.

Does it matter what types of fluids you consume?

Yes it does. While water is the most obvious way to get your daily requirement of liquid, some beverages like herbal teas and freshly made fruit or vegetable juices are also suitable. However, bear in mind that sugar or milk added to tea and coffee does increase the need to drink pure water in order to dilute the sugar, especially if several cups are taken per day. Carbonated drinks, energy drinks, sports drinks and fruit juice concentrates should not be consumed regularly. It is also advisable to dilute store bought fruit juices with water. Consider that it takes several apples to make a 100ml glass of apple juice, and with it the equivalent amount of sugar, which, although from a natural source, may still be beyond healthy levels.

Drink your eight glasses throughout the day. The danger lies in drinking a large amount all at once, especially when you are exercising. That’s when your blood-sodium levels drop too rapidly, leading to hyponatraemia, with possibly disastrous effect[/message]